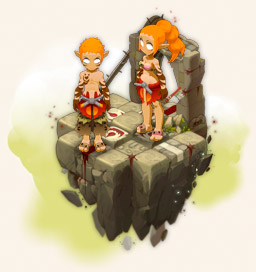 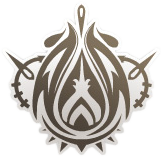 There's no use trying to beat a Sacrier disciple into submission - they like it too much!

In fact, these berserkers only become more powerful with each blow from their enemy! You'll find these strange creatures right where the fighting rages and the blood flows... and this is the warrior comrade that just keeps giving and giving in those long, tiring battles.

Like all tough soldiers, they know how to enjoy themselves too, so if you can't find your finest warrior companion on the battlefield, have a look in the local tavern! Their weapon of choice is the sword.

The class spells available to members of the Sacrier class are:

The Sacrier class of Wakfu originated from the first Ankama title Dofus, in which they were a zombie-esque character that gained strength the more they got hit.