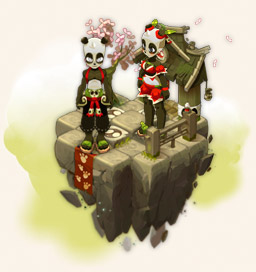 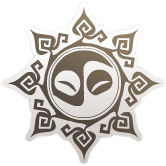 What do Pandawas like best? Lifting their pint to the gods with one hand and their friends and enemies in the air with the other. (Usually not at the same time, depending on how many pints they've had). They are excellent fighters and real masters in the art of the right-hook (face-to-face). They're not too bad with an axe either. What most people don't know, though, is that they're just as active with their tongues as they are with their fists... after a few glasses of the best fermented Bamboo, that is. Drunken poets or waffling barflies? You decide!

Their philosophy? Living for the moment, of course... so long as they remember when it happens.

The Pandawa class of Wakfu originated from the first Ankama title Dofus where they were only available to P2P subscribers (the class was actually added later than all the others, on the 22nd of February 2006). In Wakfu, they are now available to F2P players as well.