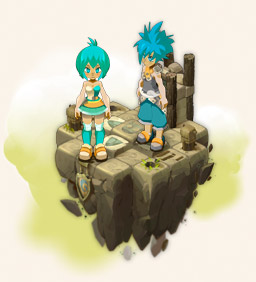 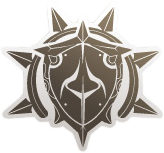 Fecas have always been Protectors. This is one class that hasn't changed in the time it took to go from DOFUS to Wakfu - don't expect them to give up whatever treasure they're guarding too easily! And whatever you do, don't mistreat any Gobballs when they're about... they simply can't stand to see their furry friends disturbed in any way, and that goes for all animals.

After all, having possession of some of the most precious objects in the World of Twelve is bound to change anyone. They have elevated their magic to the grace of an art, but it is as precise as a science and their shields are like a fifth limb - in fact, many people say that their shields have lives of their own. It's a good example of the admiration Fecas bring out in people, and a good example of the idiotic myths that still exists in the World of Twelve.

The Feca class of Wakfu originated from the first Ankama title, Dofus, in which they focused on buffing allies with resistances, and used glyphs to do damage.