Wakfu is a turn-based tactical MMORPG under development by Ankama Studio. It takes place in the same fantasy world as Dofus, 1000 years later. The game is currently in closed beta testing. Just like its sister game, Dofus, Wakfu will be primarily pay-to-play, with a small free-to-play area for players to sample once it comes out of the beta stage.

Wakfu is a cross-media world. A number of projects, some completed, some in development, will all converge upon one single narrative, based in the world of Wakfu. MMORPG Wakfu is one of these projects, as is Wakfu the animated series, the XBox 360 game and the card game. Each element will interact with the others, each will enrich the whole to create a coherent world which can be accessed through different media.

In Wakfu, players dive into epic adventures with thousands of other gamers from around the world. Armed with weapons and magic, they must carve a path through a cruel, living world either through battle or through politics in a quest to gain control of the islands of Wakfu.

For the first time in an online game, the plants and animals which inhabit the world will all intereact to form a huge, worldwide ecosystem! Players can either protect the natural habitat or use it for profit... In Wakfu, even total extinction is possible. 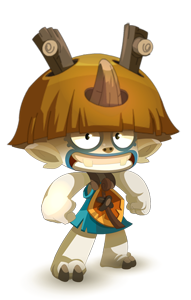 The twelve gods of Wakfu didn't need to be told twice that their time had come! Since time began they had watched over the destinies of all living creatures and even the world itself. For millennia nothing but the echo of stars colliding in the cold darkness of space disturbed the gods. But then Ogrest, through folly or indignation, stepped up and defied the gods. At that moment everything changed. Following the great flood unleashed by Ogrest, the Twelve tried all means to hold on to their sovereignty over the masses on earth - to keep them frightened, that is. It remains to be seen what they are planning. Will they take on Ogrest? Seek Dathura? Or will they cower in their celestial abodes waiting for Ogrest to perish?

Unlike other MMOGs, Wakfu features a turn-based combat system not only in player vs player confrontation (PvP), but also in player vs monster situations (PvM). This is one of the outstanding features of this game. A sphere of combat is created each time a confrontation occurs, forming a closed system in which the combatants use strategy to overcome their opponents.

In order to encourage players to take their turns faster, and thereby to make team confrontation more dynamic, players will get bonuses if they play quickly.

The principle is simple - the quicker you play the more bonus you get: 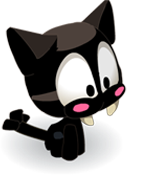 The creatures of Wakfu are for the most part the same as in DOFUS, but through 1,000 of terrible floods, they have had to adapt and evolve... and sometimes for the worse! The most famous monsters of Dofus, such as Tofus, Moskitos and Gobballs will be present in Wakfu too, but they will be completely re-designed with additional subclasses. The graphic designers at Ankama Games also developed new creatures, like Phorreurs and the Grave-diggers.

The fauna of Wakfu's islands will be autonomous to get rid of the notion of "areas of reappearance" where players can expect creatures to reappear as if by magic. All the creatures you'll meet in Wakfu are the result of reproduction; although some creatures can recreate without a mate. If players do not keep an eye on their populations, some species could even become extinct.

Retrieved from "https://wakfu.fandom.com/wiki/Wakfu:About?oldid=51022"
Community content is available under CC-BY-SA unless otherwise noted.