Note: The server Tiva was renamed to Aerafal in early 2012. 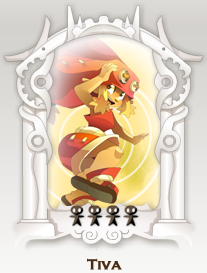 Tiva is a server. It can only be accessed if your account was created in France.

"Oracle of oracles, the prophecies of Tiva the priestess have spread far around the World. She used to say that "Foretelling the future is like spying on the cosmos through the keyhole of the doors of space-time", before concluding "When I depart, the flood shall come." Wise men only came to realize the measure of Tiva's prophecies after the advent Ogrest."

Tiva is the French server for Wakfu.

Retrieved from "https://wakfu.fandom.com/wiki/Tiva?oldid=59989"
Community content is available under CC-BY-SA unless otherwise noted.