The Dofus (plural of which is also Dofus) are dragon eggs. Six of them were retrieved from the stomach of a dragon named Bolgrot, and each is an artifact of great power. They were scattered across the land of Amakna by an unknown force. With the discovery of new lands there are also rumors of new Dofus being discovered.

In game Dofus act as another piece of equipment, they have their own slot and give specific stat bonuses. It is only possible to equip six Dofus at once, and only one of each.

Some Dofus are more powerful than others, but they all confer various powers to their owners, such as increased strength or speed. The first idea behind the Dofus MMO was that the players were adventurers hunting for the six Primordial Dofus, which would make them the equal of a god. Ogrest, the second being to ever collect all six, did obtain enough power to defeat the gods on his own when they came to stop him.

As early as the creation of the World of Twelve, some of the Gods as well as Rushu expressed interest in the possible presence of Dofus after Osamodas's Dragons had breathed life upon the planet. While the gods needed the Dragon eggs to remain in the world to preserve its balance and hoped that their respective followers would find them and bring prestige to their cult, several of Rushu's servants have tried to bring some back to Shustuft Crust, to no avail so far.

Some of the fake Dofus also hold a certain power, but none compare to the Primordials, and some are mere hoaxes.

The Original Dofus, also known as Eliatrope Dofus, are in a distinct category from the rest for a few reasons. First, they were all laid by the Great Dragon after his second union with the goddess Eliatrope. Second, in addition to giving birth to a Dragon, the eggs also contain an Eliatrope twin. Lastly, when either of the twins dies, their Wakfu returns to the egg until they have both returned and are ready to reincarnate with the same body. This gives the first six Eliatropes and Eliatrope Dragons a very potent form of immortality. Even when Yugo and Adamai "exhausted all of their Wakfu" to fight back the Mechasms and killed themselves in the process, they could still reincarnate although it took thousands of years. 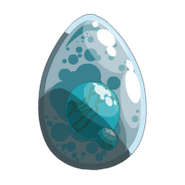 These were laid by other dragons, but are not quite as powerful as the originals. 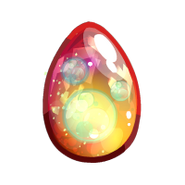 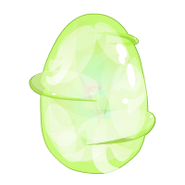 For one reason or another, these are just egg-shaped objects (or actual eggs, but not dragon eggs). 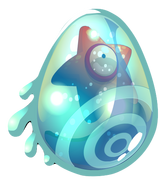 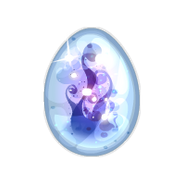 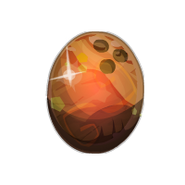 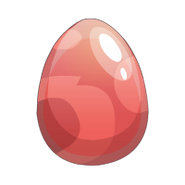 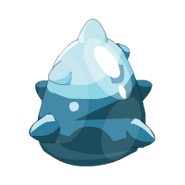 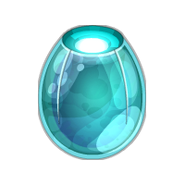 These eggs were in the game files for a long time but have not been added to the game, yet at least. 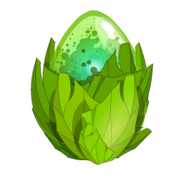 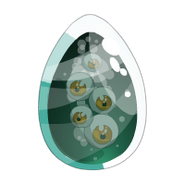 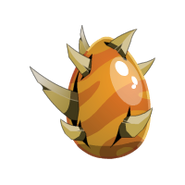 Unknown Dofus - ID-8698
This one no longer appears in the game files
Community content is available under CC-BY-SA unless otherwise noted.