The goddess Cra's motto is "Pride and precision". Her disciples specialize in long-range combat, and are archers of the highest order. They make precious allies in battle and are most effective when they keep their distance. The introduction of Beacons has widened the scope of their strategic powers even more. Cras look human, but with long, pointed ears.

Don't go thinking that popping off arrows is a Cra's only passion, though. They are in touch with nature and love nothing more than to retire in peace to their temple where animals are welcomed as their own. 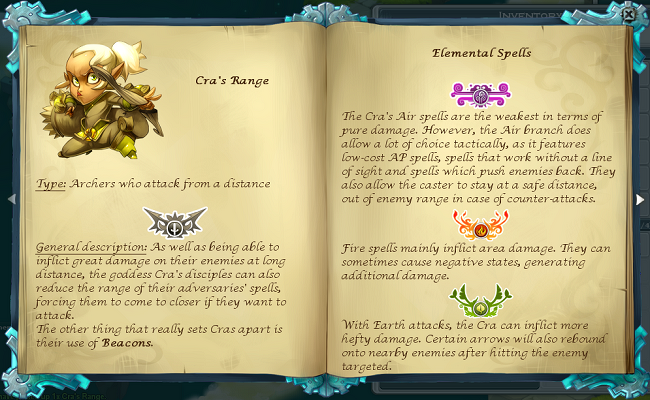 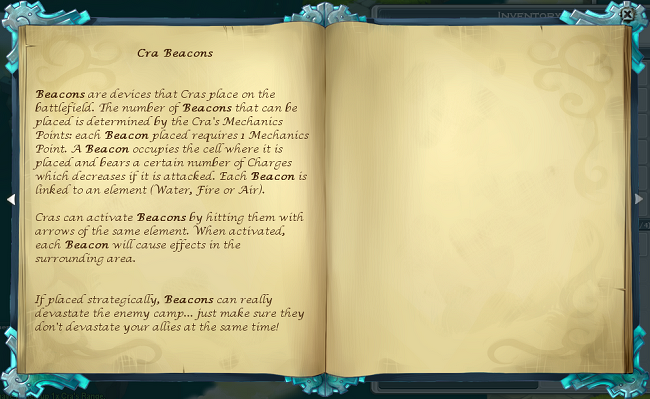 The class spells available to members of the Cra class are:

The Cra class, originating from the first Ankama title Dofus, was first introduced as an archer class with long-range attacks. Some of the popular spells amongst the Cra of Dofus included: Magic arrow, lashing arrow, punitive arrow and explosive arrow.

Ankama previewed a small selection of spells during the initial design period of Wakfu. Though examples of the desired shape of the class, most of these spells did not make it through to the current version without some alterations, if not being dropped altogether.