Almanax Quests are Quests that can be completed once a day, which reward the player with Almokens, Experience and an Almanax Blessing.

The Almanax icon can be found on the top right of the screen, below the clock. Click on the Almanax icon to open the calendar shown below. Completed quest days will be underlined in green. Days you did not complete will be red. 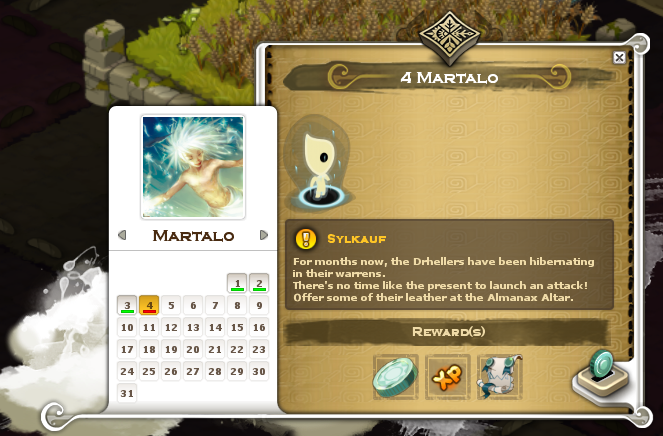 Retrieved from "https://wakfu.fandom.com/wiki/Almanax_Quests?oldid=69275"
Community content is available under CC-BY-SA unless otherwise noted.